What Happened to the Prophets? 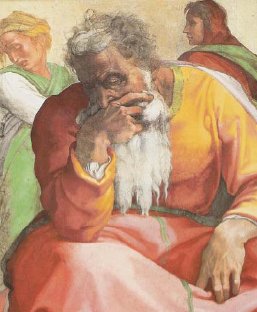 I am currently reading the work by Marvin McMickle entitled Where have all the prophets gone? Where have the prophets gone? In the book McMickle looks at 4 trends that have caused the prophetic voice of the prophets to be blunted in the Christian church. The first of these is the truncation of the message of Justice. He notes that among some mainline and liberal Christian groups the great tradition of activism for justice has been reduced to activism for homosexual marriage and for abortion rights. In contrast, much of conservative evangelical Christianity’s agenda includes activism against homosexual marriage and abortion. However McMickle questions why the agenda of both sides has been reduced to these two issues when the Agenda of Jesus Christ is much broader. Certainly there are exceptions on both sides to this, but McMickle makes a good point, what is the extent of your activism?

Next is the rise of so-called “patriot-pastors.” These are the pastors who confuse Americanism with the coming kingdom of God.Â  They think that being a patriot is the equivalent of being a prophet.Â  Certainly such a perspective will blunt the prophetic voice.Â  God is greater than our elephants or donkey’s!

Then there is the reduction of Christianity to just “praise.”Â  And this praise is often simply a making of noise in worship rather than making a difference in life. Â  This is something that African American churches are particularly susceptible to.Â  Our churches must become more than just places where we “get our praise one,” but they should be places where people are transformed and thus can be the people that God wants to be representatives in the world.

Finally the rise of the prosperity gospel has created this problem of the loss of Prophets. Whereas patriot pastors equate the gospel with American interests, these people equate the gospel with the Middle Class American dream.Â  God wants you to be rich, in this theology, and so go and get it.Â  Instead of God seeking to make a people in God’s image, God is seeking to make a people indistinguishable from the rest of the American consumer-oriented masses.

Where have all the prophets gone?Â  They have preached a limited gospel.Â  Let us go to the full Word and preach the full word so that our people will not be enticed by the seduction of “empty priase” or the false prophets of a religious patriotism or financial gain.