What Is The Laity Going To Do? 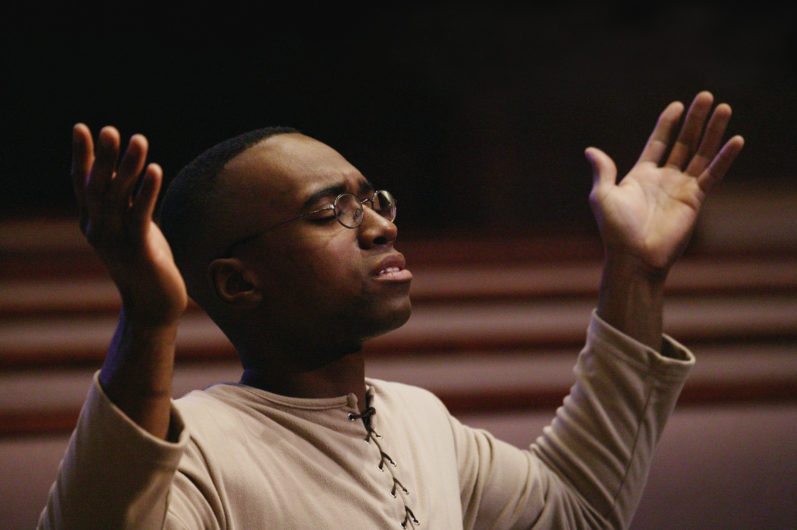 However, at some point, we decided to make a set of people responsible for all our praying. They are called “prayer warriors.” They have the special gift of prayer and have gone through the training so that they can go on “prayer offensives” to take down the kingdom of the evil one.

Under this new idea, there are those who have the special calling to simply pray. This seems to coincide with the forward movement towards making the laity’s contributions irrelevant.

The “praise team” concept seems like a development that will allow the people to sing praises to God, but in many cases the only people you hear “singing praises” are the leaders singing into the microphone. Everybody else are rendered irrelevant as you can’t even hear them.

How about preaching. Instead of developing the innate talents of local ministers, in many cases, we simply bring in professional preachers. We save the local ministers to preach when most of the church is away during summer vacations and Christmas.

So now we come back to prayer. That is now in the hands of a select few who know the ins and outs of the discipline. One Wonders what is next. Soon the only contribution that Christian laypeople can make in church will be to give tithe and sit down and consume the religious entertainment that has been provided for them and then go home.

I ain’t got a problem with praise teams, but maybe every so often we aughta just cut down the volume on the leader’s mics and have an old fashioned chorister lead the people in praising God. It may not sound as good to our ears, but there is something about a congregation with voices (some flat, some sharp, and some on the wrong note) that sounds REAL.

And maybe just maybe we aughta tell the prayer warriors that we are happy they are there, but in reality every believer is a prayer warrior and we all will pray for the coming kingdom.