Tag Archives for " Are most preachers "

Are Most Preachers Illegitimate? 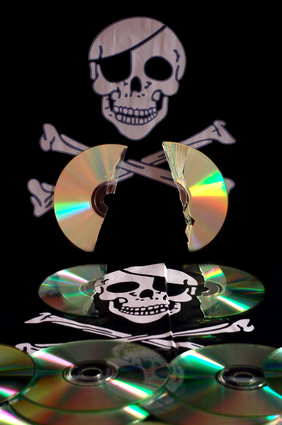 Over the last couple of weeks about three or four people emailed me messages that had much in common with each other. I can summarize the messages as follows:

Most preachers illegitimately distort Christian theology by adding their own interpretation to the Bible. Just preach the Word!!

I am in the business of calling preachers to better preaching, but there are a few problematic aspects to this statement.

You Don’t Know Why….

I do believe that a lot of preacher are preaching poor theology. But I hope to never make it appear as though I am attacking anyone’s motives. All I can say is that they are right or wrong according to my own understanding. To accuse them of some kind of sinister attack on the Word is in my opinion overstepping our bounds.

If Sherman Cox teaches error, all you can say at best is that he is teaching error, but you cannot go into the reasons. You cannot determine if I am attempting to do something that I know is against God’s will. We as preachers must be careful to not make this assumption about our members. And yes members must be careful not to make this assumption about the preachers.

Even if you are correct and I am wrong, does that mean I am knowingly attacking truth? Maybe I need to be corrected. And then again, maybe the attacker is wrong.

You Cannot Help But Interpret

The other misunderstanding the statement makes is that it assumes that one can preach the Bible or Christian theology without “interpretation.”

If I say that “God will open some doors and shut others.” (Revelation 3:8) Certainly that is based in the text in Revelation, but it ain’t using the exact same words. I had to interpret. Then how can I use it in the context of my sermon? Again I had to interpret the text.

“For God So Loved The World That He Gave His Only Begotten Son.” (John 3:16) Again a text, this time exact wording. Why not just preach it. Well some folks have a theological understanding from the Bible that comes from a Calvinist tradition and see that limits that word “World” to not be everyone.

You may say…well the Calvinist is wrong. I ask how do you know unless you interpreted the text. Some would say, you simply use what the word means, even, for the sake of argument, if I assume that point is true, how in the world are you gonna apply the Word to present circumstances (preaching) without interpreting?

So sometimes we are not “adding to the text,” we are attempting to understand the text in light of other texts that seem to contradict. You may disagree. We may be wrong, but recognize that you had to interpret the text to come to that conclusion which means that it is not that we don’t “interpret” the text, it is that we must interpret it rightly.

Critique is Valid and Needed

Please don’t hear me wrong, I know that preachers are not above critique. I do it all the time. And thanks to many of you, I should be the subject of critique, and that is good and healthy, but it moves beyond healthy when we take it upon ourselves to identify those who are not just wrong, but are knowingly attempting to sabotage “the faith that was once delivered to the saints.” That is when we cease being helpful and start being a tool of the enemy.