The Radical Nature Of The Parables 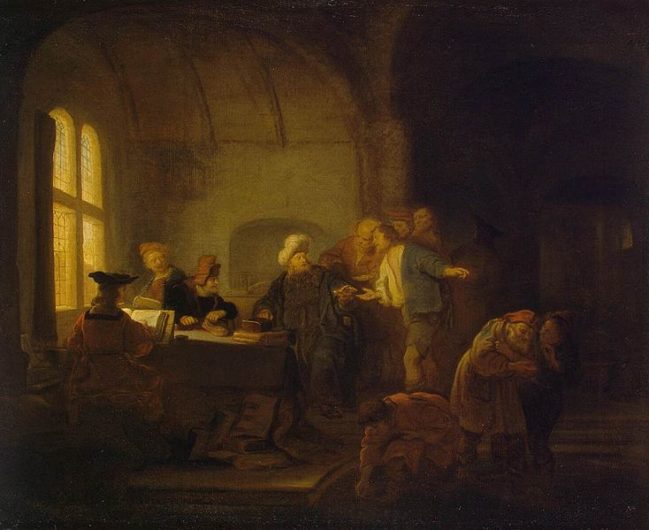 I have referred to the power that lies in the parables. They are like dynamite that can blow up at any time. We do well to tread lightly around these powerful stories that attack our complacency. Sometimes when I say things like that, preachers chalk this up to simple hyperbole. They see the parables simply as a story that illustrates various aspects of truth, like many other stories.

They often use stories to support their points and see them as powerful pictures to help them move their sermons forward. This is definitely true, and I do not wish to minimize the importance of using scripture in general and parables in particular as illustrations in our sermons. But if you do that, please don’t domesticate the parable before using it. Don’t rob them of their power to shake us and thus change us.

The Workers In The Vineyard

You are not convinced. I don’t blame you. Let’s take a quick look at a common parable. Remember the workers in the vineyard from Matthew 20:1-16. The “Master of the house” went out and found workers and made a deal…you work for me today, and I will give you a denarius.” (Matthew 20:2) A denarius is a Roman coin that represented a day’s wage. OK, these folks started working knowing that they would be well paid for their work. The workers get what is expected of them. This was a “fair” deal.

Then The Master starts to mess with our heads. The story goes wrong. The Master of the house lines up all the workers gives every last one of them a denarius. All of them receive a day’s wage. But some of them only worked for an hour. The men who had worked all day were upset. They had poured sweat for the master in the vineyard. They had worked all day. You know how it is to work outside during the heat of the day. There is no reason to believe that they hadn’t worked “like a dog.” There is no evidence that they took a long lunch. No they “worked.” And yet the Master of the house decides to give them the same wage as the ones who came in at the last minute and did not have to bear the heat.

Was the All Day Worker Justified?

What a story. Now, let me ask you, “Was the all day workers justified in their anger?” If you have not struggled with the idea of the all day worker being justified in getting mad, then you are not ready to preach this passage. Too often we allow our piety to get in the way of struggling with the text. Too often we want to quickly “defend” God’s actions and thus end up not allowing the text to do what the text can do.

But no, this story is against all we know. It is against what is fair. The Master of the house said he would give them “whatever is right,” but was that right? I can hear some columnists saying that the Master of the house is promoting sloth. How are you going to get anyone to work if you follow such a program? Who is going to come out tomorrow and work all day if we follow that method of payment?

That is the Point!!

And that is the point of the parable. It was designed to shock us into a realization that the present order is not God’s order. It was an attempt to remind us that the economic system and even our concept of fairness are not the “Kingdom of God.” No, it is the kingdom of men. It is an attempt to shock us out of the ridiculous notions that we have. It is attacking the very notion that would make God a Republican elephant or a Democratic donkey. It is an attack on the very mindset that is at the root of all of our idolatry that turns God into our clan, group, political party, country, or even denomination. No, this story can’t make sense unless you change your mindset.

Remember the reason for telling this parable was to let us know what “the kingdom of heaven is like…” (Matthew 20:1) And then the master reminds the worker, “I gave you what I promised….and furthermore…the first shall be last in the kingdom.”

Robbing It of Its Surprise, Robs It Of Its Power To Transform

That’s how we preach it…and there are elements of truth in that reading, but when we preach it like that, we rob it of its ability to transform us and transform our way of living not just in church, but all the rest of the days of the week. When we turn the all day workers into villains who made an unreasonable request, we lose the reality that they were simply working according to the “kingdom of humanity” and have the same mindset that we have. We know if someone informed us that their boss acted like the Master of the house, we might suggest that they stop working for that boss. Some of us would suggest that the person should show up late since you are going to get paid anyway…That’s the point!!! The story is an attack on our very idea of what is fair in the Kingdom of Heaven. It won’t make sense to you unless you change your mindset….

No, the workers who worked all day weren’t wicked and arrogant. They didn’t need to change from being wicked and arrogant to being righteous…no they needed to have a paradigm shift from human thinking to God thinking. That is the point!!! And we need that same change. We need that same change in mindset from the kingdom of humanity to the kingdom of God. That is why we were given the parables. And I pray that we will allow that powerful shift to enter our sermons now and ever.