Telling the Story and Making Your Points while Preaching 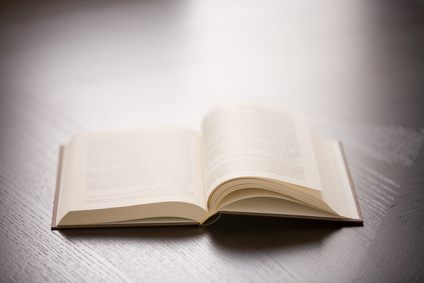 In the African American Preaching Tradition the ability to “tell the story” is highly prized. It is also helpful when preaching to any ethnic group. There is something about stories that captures the imagination of the hearer in ways that no other method can. Stories grab the people and place them in the Bible story as they recognize parts of the story playing out in their own lives. Stories are powerful. However, how do we make the points of our sermon while keeping the integrity of the Bible story that we are preaching?

There are some homiletic methods and teachers who say that the story itself is the point and that making points out of the story is irrelevant at best and could become unfaithful to the story. They would argue that we should leave the making of points or implications to the hearer and simply tell the story well. While one must be careful to not butcher the story, I take the position that we have a responsibility to provide implications of and/or points from the story to the people. Otherwise why not just read the Bible and sit down?

So, how do we both tell the story effectively and make the points? I have heard this done in a number of ways, most often the following methods are used.

Inject Points into the Story as it is Told

Here you tell the story effectively, but as you reach areas that you want to explore, you stop the story and add in these points. For example, let us assume that you are preaching about Jesus and the storm. Jerry Black notes that in one verse there was no storm, but in the next verse the storm came. Then Black stops and ponders about the sudden nature that storms often arise. He starts to talk about how everything is all right in our lives and then a storm jumps in and breaks up the party. He then invites the people to ponder has this happened in their lives? What Black was doing was injecting the points into the story before continuing.

When done well, it doesn’t break up the story, but connects the congregation to the Preacher in effective ways. It also serves to make the points that the preacher wishes to make. Another very important benefit of this is that the celebration is often built into the end of the story. Like many great stories, many Bible stories end in a positive climax. This can serve to be the point of celebration as the people have fully identified with the story and made it their own. Then the climax of the story is the assurance of grace to the people.

Telling the Story and then Giving the Points

Another method is to tell the story fully, and then give the points at the end. Here you tell the full story, or enough of it to make your points, and then you give your points. Sometimes preachers who use this method either don’t give enough of the story, or they preach very long. This kind of sermon can sometimes feel like two sermons for what often happens is that in the telling of the story the preacher injects too many asides. The preacher then gives the main points at the end. One thing that is valuable about this kind of sermon is that the people know exactly what you want them to remember.

For example, you may tell the story of the three Hebrew boys and the fiery furnace up until they are about to be thrown in, you then might give your points, and then you take it up at the throwing in the fire.

Preachers can use any of these methods effectively to both make the points as well as tell the story of the text.

There is a fountain.

When you didn’t realize one day you would be an

I’m gonna find another you.