Preaching That Is Not Conventional 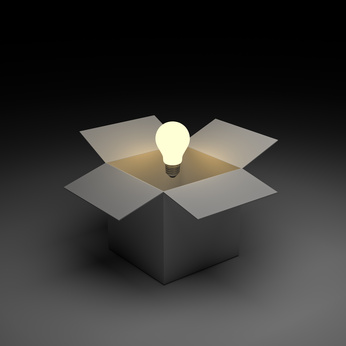 There is a lot of preaching today that does not address the reality of our membership in the Kingdom of God. Neither does it address the reality of the “present evil world” (Galatians 1:4) that we might be delviered from it. We often fall into the trap of preaching that is designed to merely provides tools to help us become better situated or more successful in this present world rather than helping us to become ambassodors of the coming Kingdom.

I often refer to a sermon where the preacher gave a lesson in how to get ahead at work using the story of Joseph. His sermon title was “How to be successful at Work.” His points were something along the lines of, “You must be tenatious”. “You must not take no for an answer.” “You must never give up.” ETc. Such sermons don’t confront the culture either inside or outside the communion of faith. it doesn’t shake the lost into a realization of their condition. It doesn’t demonstrate to the culture that it is different than the principles of God.

But those are other kinds of sermons. I heard another sermon once where the preacher did a virtual debate between presidential candidates on a few select topics. At the end of the discussion the people came away feelign that one party was clearly God’s choice and the other was akin to voting for the devil. You have all had such discussions usually it is the republican side that is God’s side in these discussions, but then sometimes it is the Democrats who are God’s choice. Such a mentality comes woefully short of the reality that neither side is God’s Kingdom. Yes, voting is our responsibility as citizens, but ultimately we know that neither side is even a vague approximation of the Kingdom of God.

The Gospel is crazy different. It is do different that it requires a change to understand it. A change called a new birth. It comes and tells a scientifically oriented society that a dead man rose from the grave and that he is still with us by an overriding spirit. It tells us that even though we see pain and heartache that is not God’s ultimate intention and all you see will be remade. It tells us that those who the world considers “losers” are actually the winners in the kingdom of God. It tells us that being nice is not the kingdom of God, it is a radically different way of being in this world.

But we often take these confrontational messages and set them aside. “It is hard for the rich to get to the kingdom” (Matthew 19:24) becomes, don’t worry about your riches, just pay 10% and you will be all right. No, we have removed the “offense of the cross” (Galatians 5:15) and replaced it with a flag being waved by an elephant or a donkey.

So go ahead dear preacher. It may not seem to make sense, but how could the gospel make sense? A dead man raised, good triumphing over evil, and the losers are actually the winners. Go head and preach about one who gave his life for another. go head even though it don’t make sense. The last time some folks really got hold of that message. Somebody said that they “turned the world upside down.” Acts 17:6