Preaching As Calling Forth An Alternate Consciousness 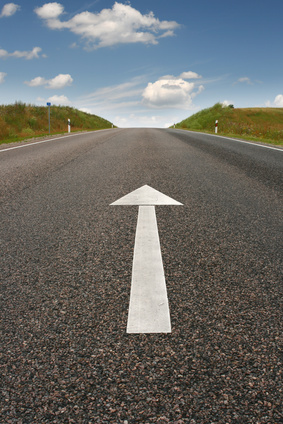 It is clear that the old “liberal habit” of a “social action agenda” has, of itself, little transformative power in the present church. It is equally clear that the old “conservative habit” of scholastic certitude makes little claim on the energies and passion of the church. No doubt the church will continue the habits of liberal advocacy and conservative certitude. But surely it is self-evident that the primary work of the utterance of the church is neither such advocacy nor such certitude, but to voice an alternative way in the world that can be ventured outside the conventions that define and posture as “given.”

We preachers have an awesome responsibility to speak the Word of the Kingdom of God. This Kingdom is not like anything you would hear outside of the community of faith. Conservative and liberal pundits attempt to use the words of the Kingdom to support their agenda that falls far short of the Kingdom agenda.

Too often we allow our voices to be purchased by these people who often are doing their best, but don’t have the vision that we as preachers are to promote. Too often we bounce back and forth between the “options” provided by the kingdoms of this world without realizing that the Kingdom provides an alternate vision.

Looking Beyond To God’s Vision

Let us look at the Civil Rights movement. Dr. King had a kingdom vision of justice and equality. But the powers that be (liberal and conservative) had a vision of the way things are and saw change within those parameters. Thus, some said, “I like your agenda, but you are going too fast.” Others said “your agenda attacks the law and order function that God gave to this society.” Both couldn’t see that the call of the Kingdom could not take second seat even to that which is seen as given.

Today the church is in desperate need to break through the shackles of “the way things are.” The church is in desperate need to say to those who think that we should use Madison Avenue techniques to grow a church, “we cannot be beholden to an alien philosophy that cannot see what we see. Advertisers are doing what they think is best, but their vision is limited for Kingdom Work.” Those who are looking for God’s inbreaking Kingdom can’t be happy with merely selling a product, we are seeking to be agents of God’s trans-formative power.

We cannot be happy with the simplistic answers that our politically conservative and liberal brothers and sisters seek to sell us. We cannot be happy neither with wars based on lies or a liberal tendency to throw money without getting intimately involved with those who need help. No, the Kingdom cannot be too closely aligned with those on the political left. Sure enough it cannot be appropriated by the political right. It is a radical departure from both. it is an affront to both. No it is an attack on the status quo that makes both of them possible.

The Kingdom is an offense to any who want to move ahead. The Kingdom speaks of the first being last. The Kingdom looks like socialism to some Conservatives, reactionary to some liberals, and hopelessly out of touch to both. No, the Kingdom is seeking transformation of individuals and yes other entities into God’s image.

Standing Against The False gods

Now preacher, it is time for us to catch hold of that alternate vision. And preach it. Because the false gods seek to take over your vision and appropriate it. The false gods of materialism want you to preach about all the money that God wants you to have. It’s idolatry!

The false gods want you to preach about America’s manifest destiny that allowed for wars of expansion. They want you to believe that God cares more about American financial health than the lives of millions in other countries. It’s idolatry!

The false gods want you to preach about getting political leaders elected. Stop selling your birthright to false gods….Preach the Kingdom…Stop preaching merely about what is…preach about what will be.

You Don’t Have to Yell

Practicing Preaching and Christian Living – Lessons from the Trumpet

On the Reuse of Sermons

Preaching To Those Who Hear

The Role Of Humanity In Preaching

The Homiletic Process in A Minute