Preaching A “But If Not Faith” 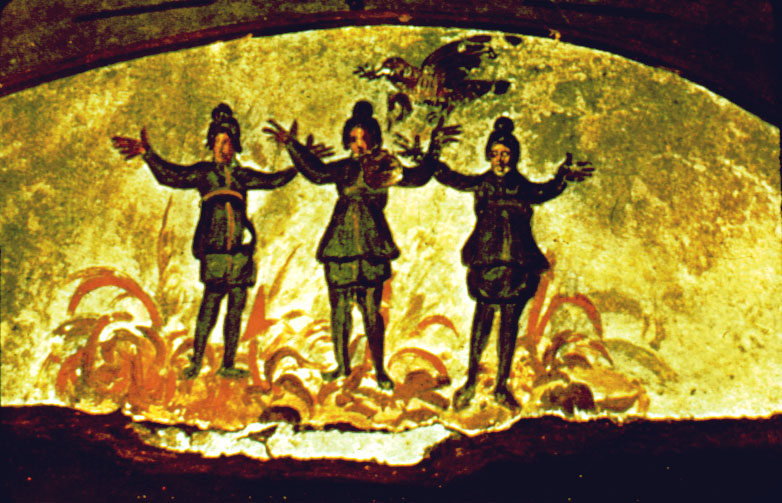 A while ago I wrote a popular article entitled The Easy Sermon Resolution. In it I talked about the tendency of many of us preachers to “jump to the gravy” of the sermon without fully allowing ourselves to experience the pain. I am just as guilty as many of us. In that post, I questioned this kind of faith that has at its root an assumption that “celebration” should always be tied to a “good outcome down here.”

Upon further reflection, I realized that this pervasive faith assumes that what I desire down here is the most important thing. A Lot of preaching nurtures this faith.  A faith that has a God that does not show up if God does not “hook us up.”  A faith that places humanity and its wishes in a place above the Sovereign God.

Examples of This Faith

A while ago I talked to a person who had been in church for years.  He had recently given it up because he “followed all the rules, but God didn’t keep up his end of the bargain.”  What was God’s end of the bargain?  He said that he never got the blessings that the preachers preached about.

Another friend of mine said that he can actually quantify the blessings that God had given to him.  He said that he kept tract of how far his 90% went when he tithed.  Then he attempted to “prove” God by not tithing and comparing how far the 90% went when he was tithing to the 100% when he wasn’t.  According to him the tithing paid off.  Another person even told me that he guarantees that you will be in a better financial state after you tithe than when you don’t.

Now I don’t want to get into a debate over the benefits or relevance of tithing.  My point is that all of these people are presenting an idea that God will give you whatever you want when you follow the script.  In short, God will “hook you up” with the new car, house, and job down here if you will do something.  If you will but pray right, eat right, tithe right, do right, or even study right, God will hook you up.  One preacher said once after reading Malachai, “God has not choice but to hook you up when you tithe.”  But what about the one who tithes and loses their job?

Some of us are preaching greed instead of preaching the Gospel.  Now I do not want to ignore the reality that God does bless many of us with material blessings.  The Bible says that God blesses the just and the unjust.(Matthew 5:45)   Sometimes people get hooked up that ain’t done nothing for God or good.  And sometimes our parishioners get done in.   When the Tower of Silome and those people died,  did they get it because they deserved it more than others?  Do bad things happen because those folks deserved it more than we deserve it? (Luke 13:4,5) Jesus Says no!

Some of us die financially poor.  It is true that some of us did not take care of our finances and brought this on ourselves, but it is also true that some of us worked at Enron when it collapsed around us. Some of us put money into a fund that just disintegrated. Some of our ancestors have died in slavery.  We can’t dictate to God how God will bless us! Is God sovereign or are you?  How are you gonna dictate to God that God give you a new house?  Ask, yes, prepare and work for, yes.  But you are gonna guarantee how God is gonna bless you?

My 5 year old son wants to dictate to me what he will eat.  If I listened he would get candy, cake, juice, and a little fruit.  There would be no vegetables in that menu.  He would go to sleep at 11:00PM and get up at 10:00AM.  But, I know better and I will not give those things to him.  He doesn’t need them.  And if he could see the end from the beginning he would not even desire them.

As the song says, “I don’t know about tomorrow, but I know who holds my hand.”  It is time for our preaching to stop promoting fairy tales of a God who will always give you exactly what you want if you will say the prayer in the right way or plant the right seed.  It is time for us to preach a “but if not” faith.  You remember the Hebrews who told Nebuchadnezzar, “You can throw us in your fire, but God will deliver us.” (Daniel 3:17). That all sounds good, but they weren’t finished. You see they continued by saying, “But If Not…we still won’t bow.” (Daniel 3:18)

It is time for us to preach a “But if not” faith! A faith that says, “God can do it.  Yes, God Can.  I pray that God will do it.  But if not!  Satan, I won’t bow down!”  A “But If Not” Faith that still allows God’s sovereignty to rule and still tells God the desires of our hearts, but also is willing to submit to the will of God.

For once in my life

Georgia on my mind y’all.

The battle ain’t yours.

I Go to the Rock

Ain’t too proud to beg

Love You I Do.