Has The Formed Weapon Prospered Against You? 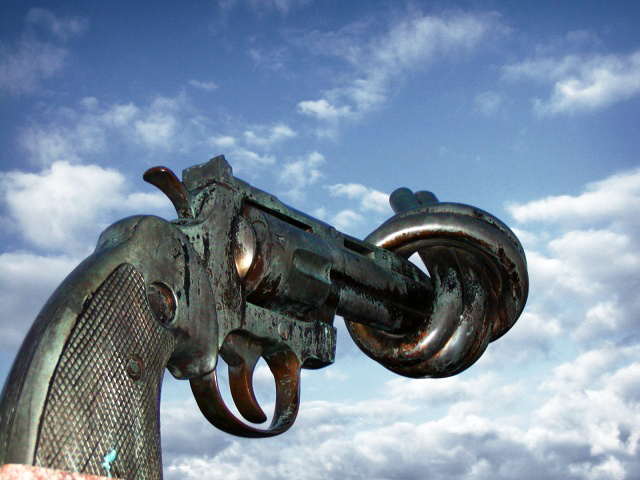 The Bible says in Isaiah 54:17 “No weapon that is formed against you will prosper.” Many preachers, gospel singers and Bible teachers have emphasized this text to us. We all know about the enemies that assail us. So we sing this in our songs. We rejoice at what seems to be a guarantee that weapons will not overthrow us.

What Does This Mean?

However in the midst of our shouting, some of us must ask the simple question, “what does this mean?” Some of us answer by saying that our enemies weapons cannot hurt the true child of God. That sounds good. In that world the righteous are a bit like Superman. The wicked shoot guns at the righteous but the bullets simply bounce off of their chest. Knives don’t cut the child of God and the weapons of evil doers are rendered useless in their presence. But this does not seem like what we see in the real world. It doesn’t seem to make sense when we look at the history of the martyrs and it doesn’t make sense in light of the Bible which lets us know that we will suffer persecution. (2 Timothy 3:12) In fact, it doesn’t make sense when we look at what has happened to us in our own lives.

Well then, what does it mean then? I mean the “no weapon” statement is in our Bible is it now? What does it mean? Some would say, well, it means that we may be hit with bullets, but we will not face the full pain that those who are not in the Lord will face. This is certainly a nice idea, but it does fall a bit short of “no weapon shall prosper.”

Others fall into the trap of blaming the victim. They would argue that if the weapons have killed you it is proof that you didn’t have real faith. A real faith in God’s word. A real faith that the weapon will not kill us. If you had true faith then the weapon would have been rendered useless against you as the Bible said, they would argue. What you need is faith. But the reality of human living remind us that doubt can and does creep into all of our experience. John the Baptist questioned whether Jesus was truly the messiah (Matthew 11:3), Elijah the prophet ran away from Jezebel in fear for his life (1 Kings 19:1-14), and even Jesus Christ himself yelled “My God My God, Why hast thou forsaken me (Matthew 27:46). No it is not that we don’t face the fear in light of the uncertainty that being human brings. We do have fear when standing in front of the weapon of our enemy.

Simply put, the writer of our text seems to be giving a vision of another time. The writer is speaking of the future when God’s kingdom will be fully realized. And the writer is using imagery that simply says that our weapons of today will not prosper against you. The same chapter says “Afflicted city, lashed by storms and not comforted, I will rebuild you.” (Isaiah 54:11) When God’s city is rebuilt, then no weapon formed against you shall prosper. In that day “Tyranny will be far from you; you will have nothing to fear. Terror will be far removed; it will not come near you.” (Isaiah 54:14)

Yes today weapons may overtake us. Yes today weapons may hurt us. Yes today you are hurt. And Lord help us, even killed by weapons. But this vision of the future lets us know that that is not God’s ultimate intention. This text lets us know that a day is coming when the “wicked shall cease from troubling and the weary shall be at rest.” And when God’s ultimate intention is fully realized, “we will study war no more.”

God’s Gonna Turn It Around

In short, the day is coming when weapons will not prosper against us. And now we can take comfort in the fact that even though I may have to face what these weapons can do to my mortal body, ultimately God will destroy their power. And as the Bible writer says in 1 Corinthians, death itself is subdued and killed by the mighty power of our God. (1 Corinthians 15:55)

So yes, a weapon may kill you, but God will reverse that. This is not removing the fact that you were killed, it is just making it so that you have overcome it. We look forward to that day when these weapons will fall useless in the hands of any who attempt to use them against the child of God.

Preaching Blessing At the Wrong Time

Where Are You Now?

Are You Settling For Good?

Lord Help Me To Hold Out

The God Who Conserves

God’s Gonna Show Up – Wade In The Water