Do You Know When To Shut Up? 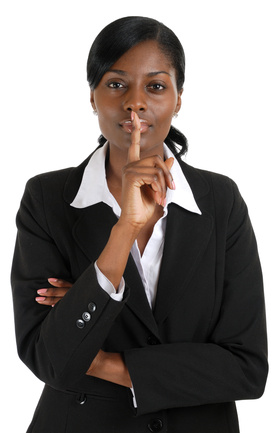 Preachers are called to give a word in season and out of season. Sometimes that word will upset the hearer. Sometimes we are called to speak a word that the hearer doesn’t want to hear. This is true. In fact if no one ever feels like you have “stepped on toes” then I wonder if you are preaching the gospel that God has called you to preach.

However, there is a time when a subtle shift happens. This is when we move from preaching that which we know to be true to mere speculation. Sometimes, for example, we preach about guaranteed financial windfalls that come when we only “plant a seed” which is interpreted to mean put money in the pastor’s pocket. It is offensive to hear preachers who drive Bentleys telling members to either sacrifice or plant a seed. That “word” has made many to feel that God is not on their side because their finances do not look like the “millionaire next door.” In fact it promotes a climate in the church that is more in tune with Job’s Friends than with truth. Sometimes preachers need to shut up!

Sometimes we move into speculation when we use faulty history to condemn other peoples as Pat Robertson did with his regurgitation of an alleged deal between our Haitian sisters and brothers and the devil. Here instead of providing a word of hope, he shows his own arrogance and ignorance at the same time he tries to help. Sometimes preachers need to shut up.

Certainly we will miss the mark at times, but we can limit these sins. I am more convinced that the first step to preaching truth is to shut up and allow God to speak. Our prejudices and preconceptions will rule unless we take that first step. As we shut up we can look more closely at the vile that we sometimes spout in the name of God…and then we can repent and do better.