I Don’t See Them, But I Got Them 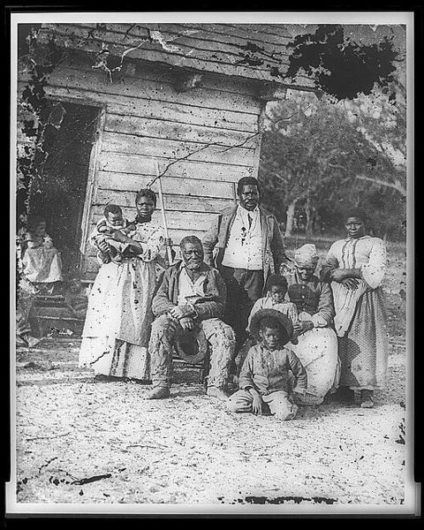 I got Shoes, You Got Shoes, All God’s Children Got Shoes, When I get To Heaven, Gonna Put on My Shoes, Gonna Walk, All Over God’s Heaven

Only the barest of necessities were given to the slaves by the slave master. Just barely something to cover themselves. They didn’t have a robe or shoes. Certainly the slave singer was not happy about that, but the singer saw past the present reality into God’s future. Seeing God’s future transformed the present moment of frustration into a moment of celebration.

We often think of the Christian life in terms of what God will give us materially. We hear preachers speak of food on the table and a house and a job. We hear about how God will make you successful on your job or take you to the correct job if you lose that one.

Today as we seek to live the life of God, let us keep in mind this great gift that God has given to us which is simply this “something” within.

I Shall Not Be Moved

The good news is that God’s grace is not always characterized by a reversal of fortune, sometimes God’s grace is simply the power to keep on keeping on. In this spiritual, the slave looks into the eyes of the worse that the world can marshal against her and says simply “I’m still holding on.” “When my burden’s heavy…I shall not be moved.” I may have harder burdens than I even know of, but I won’t give up or give in. “If my friends forsake me…I shall not be moved.” Even if I have to stand up alone, I will stand up, just like that tree that is in the water, I shall not be moved.

The slave teaches us as we live in these last days of earth’s history that God’s grace includes simply the perseverance to just hold on.

Do we Need the Black Church? – Napoleon Harris

Acts 4:20 (KJV)
For we cannot but speak the things which we have seen and heard.

I believe that these words uttered in antiquity by Peter and John have much to offer those of us wrestling with the pressing circumstances of modernity. Particularly the quandary pertaining to the necessity of the Black church. There are those who seem to believe that the institution known as the Black church has run its course, and is no longer necessary. This paradigm seems to make sense, after all there is little doubt that African Americans, as a collective, have achieved wealth and social status equal to any other ethnic group within the United States. In addition, society has seemingly erased the color line. There is no longer legislated segregation. Hence the question arises, why do we segregate ourselves, particularly on Sunday morning; is there a need for the Black church?

Black Church not a Monolith

I believe with out a shadow of a doubt that the Black church is no less than essential to the flourishing of the United States. It has served and must continue to sere as the siren to the soul of this country. The Black church has been the a voice of truth, confession, confrontation, and correction for the nation. When slavery and her bastard child segregation were the normative de facto laws of the land it was the Black church who constantly blew the whistle, gave voice to the voice less and called for change.

The Witness of the Black Church

In addition, Paul and John’s commentary in the aforementioned passage explain in a sense the dire necessity of the Black church. The apostles state that they can not help but bear witness to the events which they have experienced. This is in short the thesis of Tom Long’s seminal work The Witness of Preaching. Hence experience with a particular text is the basis for proclamation. As African Americans our experiences have been quite different from the experiences of the dominant culture. For this reason, our expression is different. In the immortal words of Rev. Dr. Freddy Haynes, in response to the media’s lynching of Rev. Dr. Jeremiah Wright, â€œdifferent experiences lead to different expressions.â€

The Black church is a reminder that Christianity is not a cookie cutter religion, meaning it is not monolithic. It is an expression of faith in a God who appears differently to different people. God is quite capable of remaining God and yet being relevant in different ways to different people. Just as people in the U.S. May be experiencing Summer presently and people in Sub-Saharan Africa are experiencing winter; and it is presently day light on one part of the world and yet night in another; in the same vein God may be experienced as the guaranteer of success and the vanguard of the status quo to one population, and yet still be considered as a resting place and co-conspirer for those longing for revolution.

What The Black Church Taught the World

God is simply that vast and inexhaustible, so much so that we as individuals with our limited experiences can’t even hope to grasp the magnitude of God. Instead, it takes the whole of community, the human community to begin to get a peep-hole glimpse of the enormous grandeur that is God. In essence, without the Black church’s unique perspective of God based on it’s experience the whole of humanity can not hope to ever get a better understanding of God. For it is the Black church who taught the world that God is a mother to the motherless child a long way from home, it is the Black church who taught the world of God’s approachable-ness in that we could steal away to God. The Black church taught us all that Precious Jesus would come and take our tired week and weary hands and lead us on and let us stand. The Black church taught us that King Jesus is a listenin’. Is there a need for the Black church certainly Lawd, certainly, certainly, certainly Lawd.

Not You But Me

It is interesting that the singer has been mistreated in life, but the singer does not point the finger at others. In many cases, we have been wronged and sometimes we are called to do something about it, but before you can respond to evil, you have to recognize your own weakness in the face of it.