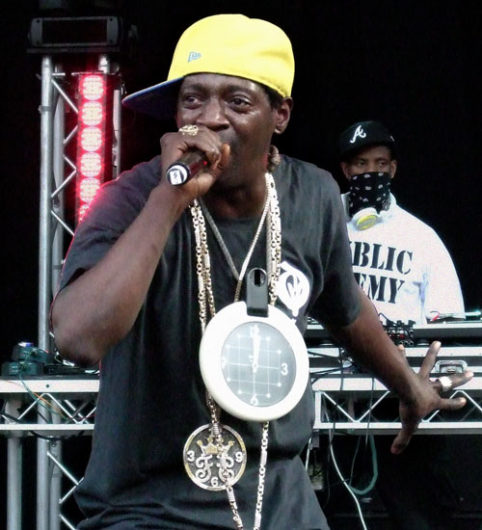 A few posts ago, I argued that we cannot trust “shouting” or other outward manifestations of congregational interaction as a valid means of determining if the message was an effective one. It is simply too easy to play on emotions and get a “cheap shout” at the expense of a good and powerful Word of power.

I implore you, please read the comments along with the articles. Sometimes there is more meat in the comment section of the blog than in the article. At any rate, Wendell wrote in response to that article:

I have grown to the point that I now realize that God didn’t call us to be “hypemen” but preachers of a true gospel…no matter how it is received.

What is a Hype Man?

That imagery of “hype men” hit me as an interesting metaphor for what some of us are doing. To those who do not know, the concept of a “hype man” is taken from Hip Hop. It is a secondary rapper whose whole job is to increase audience participation and open the way for the reception of the main course which is the main rapper.

What is interesting about a hype man is that he pushes for the reception of the message. He really deals primarily in the emotive dimension. Let me take the rap group Public Enemy as an example.
Flavor Flav’s job was to get the crowd involved and interacting. His job is to step in at times so that Chuck D. can rest. He also helped the people understand by creating call and response licks.

Now, are we as preachers “hype men?” That is an interesting question. I think that the metaphor can be both helpful and harmful. Let me say that I agree with the thrust of Wendall’s comment. We are not merely there to turn the congregation into a shouting audience akin to a Rap Concert.

But there are some very interesting functions of the Hype Man that can be helpful to us as we look at our jobs as preachers. First, the hype-man is not the main speaker. The Hype man is there to usher and open the way for someone else. In a sense, the hype-man is an ambassador for the lead rapper. As such, we as preachers do not come in our own name. We don’t come to preach our message. We preach the message of someone else.

Next the hype-man must find a way to promote an experience between the people and the message of the song. This is why they call for the people to get up…experience the song…listen to the song…Shout and repeat certain lyrics in the song. In fact it is a very “call and response”-like experience. Likewise we as preachers are there to aid the people in an experience with the message.

Let me also say that when done well, the hypeman and the lead rapper’s vocals meld together into a whole. Likewise, we as preachers co-preach with the Holy Ghost and hopefully are “on beat” and “in tune” as the Spirit and the preacher come together in great preaching.

Please note that I am not speaking of worship style here. Some can hype the Spirit’s role in a traditional style while others can be in a very “hyped” contemporary style that may or may not have that connection. Style is not my concern in this article, but function!

But Are We Really Hype-Men?

Sometimes when you look on at a great preacher who has allowed the Holy Spirit to use her or him to present a message that touches both the intellect and the emotive dimensions of humanity, some looking on might think there is something wrong.

But if the preacher did her solid exegesis. And if the preacher put together an effective sermon. And if he bathed the sermon in prayer. And if the people get “hyped” as sometimes happens…then we can really see that perhaps there is something to this Hype-man metaphor.